What is the George Bass Marathon? 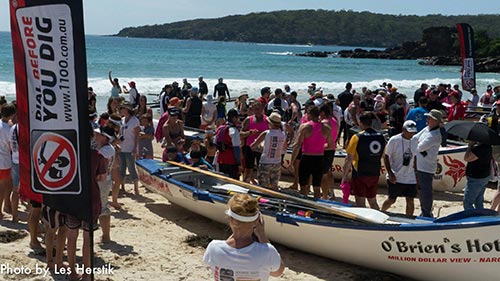 The George Bass Marathon is 47 years old for the next race in 2022, a phenomenal feat in today’s high pressure sporting environment. It is the longest and toughest surfboat marathon in the world.

The Beginning
Let's do a little history brief to start with. The very first Bass was run in 1975 with 12 crews including one from Atlantic College in Wales competing. This race was the first time sliding seats had been used in open water surfboat racing. Clubs who contested race 1 in order of finish: Cronulla, Bulli, Point Lonsdale, Burning Palms, Long Reef, Moruya, Seaspray, Portsea, Tathra, Maroubra & Mona Vale.

The race was the brainchild of Bega Newspaper editor Curly Annabel as he came up with the concept of tracing part of the journey of early explorer Surgeon Commander George Bass in 1797. Surgeon Commander Bass with a crew of 6-navel oarsman rowed a longboat not unlike surf’s original double-ended clinker from Port Phillip down the NSW coast and around the southern end on Victoria mapping the coastline as they went. Annabel was at first thought mad and received no support, until then NSW State Secretary and Cronulla boat sweep, the legendary Nick Dixon, took up the cause and the rest, as they say, is history.

Dixon became the driving force behind recruiting initial entries and also trained and swept the Cronulla crew to a resounding victory. The level of professionalism shown by Cronulla in 1975 was the benchmark for all future races. About half the fleet used sliding seats while the rest of the crews used the Vaseline shorts, which was the standard short course method of the time. You should have seen the blisters on hands and bums especially the crews not on sliders, but that’s another story best left for the campfire. 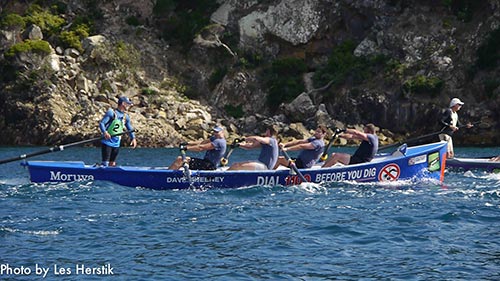 The race has been held every 2 years since with a couple of minor changes. In 1986 The Commonwealth Bank came onboard with a $20,000 sponsorship deal to get a feel for the event. This sponsorship grew into a bigger involvement in 1988 when 26 men’s crews contested the race and a total race budget in excess of $400,000 was achieved for the 1990 race when a record 38 open crews met the starter.

The race then suffered a few lean years dollar wise during the first half of the 90’s but has been steadily growing over the last 7 races to the point that we are receiving strong enquiries from all over Australia and New Zealand with a strong possibility of a crew representing Whitby GB (birthplace of Capt James Cook) all interested in entering the 2010 event.

Female rowers were included in the race in the late 90’s and 11 female crews answered the starter at the last Bass. The women have set an amazing standard over recent races and this section of rowing is hotly contested.

Over the years, entries have come from every State in Australia, Great Britain, Wales and New Zealand. As North Cronulla dominated the “Great Race” in the late 80’s and early 90’s New Zealand crews had a magnificent run in the late 90’s to early 00. New Zealand crews have competed in this race since the late 70’s with Peter Wells and Wangamatta, but had to wait until 1988 before they could win a single leg race.

So the question now is who is going to stand up and write themselves into the record books as the winners of the 2018 “George Bass Surfboat Marathon”.

This race is run by a committee of the Far South Coast Branch of SLSNSW.

We start at Batemans Bay on December 31 2017. The first leg is a leisurely 27km cruise to the finish line at Moruya.
Day 2: Moruya to Tuross, this is the sprint day a mere 19Km
Day 3: Tuross to Narooma some 22Km
Day 4: Narooma to Bermagui a distance of 24Km
Day 5: Bermagui to Tathra, the big one 35Km
Day 6: Tathra to Pambula, 27Km
Day 7: Merimbula to Eden nominally 20 Km, with the finish line yet to be finalized race distance for this day may vary.

Each day we start at 9am. 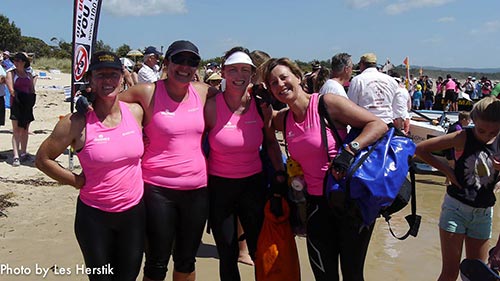 Male - consist of 8 rowers and 1 sweep. Crews may start with 6 rowers but you should be aware that we have a race medical team who have the power to pull a rower for reasons of injury or sickness (this has never happened) so that’s a consideration. On any day except the 38Km leg any 6 of the rowers may race. This means crews nominate the six rowers at the start of each days racing and no change can be made to that. On the long day all 8 rowers can start. If we have any stupid sweeps that don’t know their place they may also row as part of a 7-man crew.